PAST PERFORMANCES
Based in Amsterdam, he is one of the most sought after Tabla players and teachers in Europe. He has played with legendary Indian classical musicians such as Hariprasad Chaurasia (Flute), Niladri Kumar (Sitar), Dhruba Ghosh (Sarangi), Buddhaditya Mukherjee (Sitar), Buddhadev Das Gupta (Sarod), Rajan-Sajan Mishra (classical vocal), and Kala Ramnath (Violin). He has also been acclaimed for his astute accompaniment of Terry Riley, the Metropole Orchestra, and the Concertgebouw Jazz Orchestra. He was a privileged percussionist with the Nederlands Blazers Ensemble Orchestra, accompanying the former Dutch Queen Beatrix, on Her Majesty’s visit to India in 2007. As a member of the Nordanians band he was invited to perform at the prestigious annual world music expo, WOMEX 2015, in Budapest, Hungary.

CURRENT OCCUPATIONS
Niti teaches at the Conservatory of Rotterdam’s Indian Music Department (Codarts Rotterdam), and at the Conservatory of Amsterdam. As a Tabla teacher he is able to convey an extremely intricate body of knowledge in an accessible, systematic and inviting way, attracting advanced students from all over the world.

MUSICAL BACKGROUND AND TRAINING
Born in Bangladesh, Niti Ranjan Biswas started his musical journey at the age of five and was a favourite accompanist of Dhaka’s premier musicians even in his early teens. In 1993 he received a scholarship from the Government of India to study with one of the great exponents of the Ajrara gharana or school of Tabla, Professor Sudhir Kumar Saxena in Baroda, Gujarat. He was also fortunate to study with the eminent Tabla teachers Pandit P.K. Shridhar and Pandit Yogesh Samsi. All of these maestros have had a profound influence on Niti's musical development.

He graduated with distinctions as Master of Performing Arts in Baroda in 1998 and received his Masters Degree in Jazz Percussion from the Conservatorium of Amsterdam in 2003. 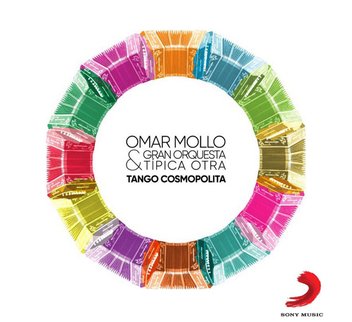 I am deilighted to announce that my collaboration on the album Tango Cosmopolita with Omar Mollo and Gran Orquesta Tipica Otra has gotten a Latin Grammy nomination for Best Album Of The Year 2018.